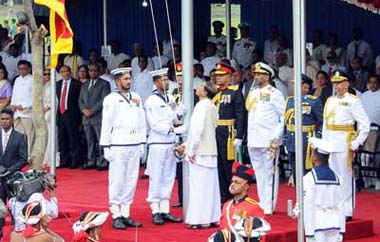 President Maithripala Sirisena yesterday emphasized the urgent need for unity in its truer sense, which he said the new Government would sincerely endeavour to deliver, along with a stronger democracy and economy. 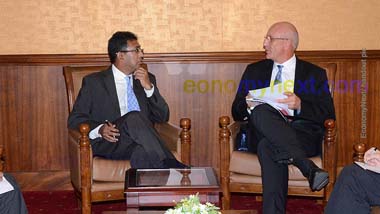 Germany's Volkswagen has been trying set up a plant to produce vehicles for export for years but had not succeeded due to unspecified reasons, a statement quoted the German envoy to Colombo as saying. German ambassador Juergen Morhard who had met deputy economic affairs minister Harsha de Silva Monday had said the country looked forward to becoming a friendly partner to Sri Lanka. The ambassador was quoted as saying though Volkswagen, the second largest car maker in the world, "had strived since 2008 to start up a business to manufacture cars in Sri Lanka for export, it did not succeed for various reasons." 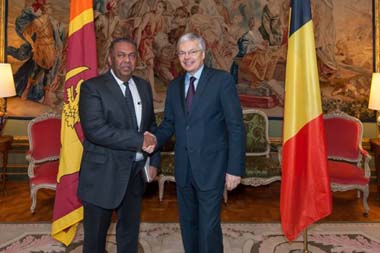 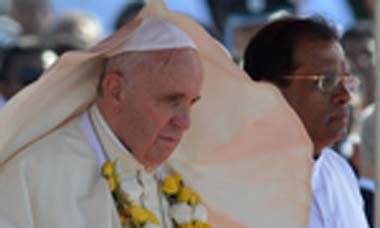 Pope Francis who arrived in the country on January 13 said that he hoped every word and action of Sri Lankan political and religious leaders will make a lasting contribution to the material and spiritual progress of all the Sri Lankans. Speaking at the Bandaranaike International Airport upon his arrival, the Pope said that promoting human dignity and respect for human rights was also essential as well as improving infrastructures and material needs. 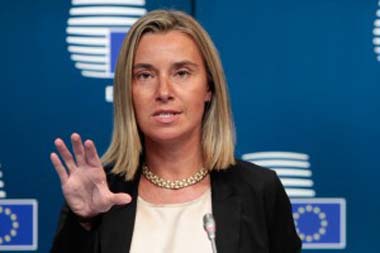 The European Union (EU) says it is looking forward to working with President Maithripala Sirisena to further develop its relations with Sri Lanka.

EU High Representative and Vice-President Federica Mogherini said the EU will continue to support Sri Lanka in its development as a prosperous and inclusive democracy for the benefit of all its citizens.