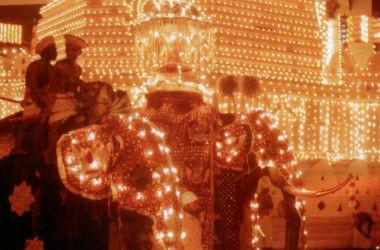 Sri Lanka’s biggest treasure lies just before the doorstep: the Indian Ocean. In the morning, it resembles a well-polished silver mirror; at midday, the sun lets thousands of diamonds sparkle; at night, the sea gives the impression of being a dark-blue blanket made of precious velvet. Sri Lanka has a total of 1340 km of beaches. Especially in the south, one paradise is located next to each other. Rekawa Beach is one of them: gold-coloured fine sand, palm trees that move with the light breeze and only a few tourists—here you can find the ultimate relaxation from the stress of everyday life. You cannot only enjoy sun, sand and waves in the Weligama Bay, but also a peculiarity of Sri Lanka: the stilt fishing. Almost motionless the fishermen sit on long wooden poles at the beach and wait until flood brings their catch to them. Stilt fishing belongs to the traditional image of Sri Lanka as do elephants, which are venerated on the island state for their wisdom and strength. The closest you can get to them is in the Yala National Park in the southeast of the country.

Heritance Ayurveda Maha Gedara was recognised as the "Best Ayurveda Resort" at the fourth FIT Health and Wellness Award held at ITB 2013 in Berlin, the world's largest travel fair. 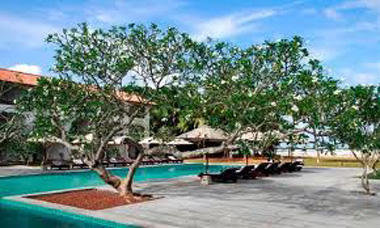 The FIT Health and Wellness Awards are presented in three categories – "Best Ayurveda Resort", "Best Health and Spa Resort" and "Best Active Wellness Resort". FIT Reisen is Europe's largest tour operator for wellness holidays. The accolade was awarded based on guest experiences with similar resorts across the globe.

SRI LANKA. A bloody civil war raged in the north of Sri Lanka for more than a quarter of a century. A resettlement of the embattled areas has taken place since the officially declared peace about three years ago. Infrastructure, however, is largely destroyed. Thanks to the company Thomas Cook AG, one of the urgently needed schools could be opened.

A round trip is a permanent farewell and at the same times a constant arrival. This form of travel combines pleasure with sadness; it pleases curiosity and makes the known seem pleasant. The old Ceylon, spiritual places and confusing roads. Encounters everywhere, Sri Lanka turns you in a philosophic mood. By Jennifer Latuperisa 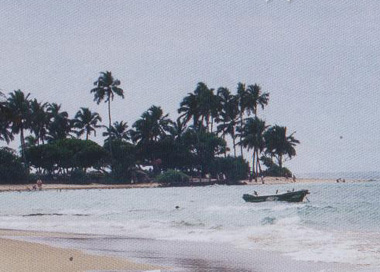 Visiting the garden. Her eyes are sparkling. It is a mixture of curiosity and joy. Her smile is big and broad and adapts to her nose, which indeed has turned out too big for her pretty face. Her name is Dishie. Its her garden. It is Spartan but green. She touches my hand lightly, serves tea with biscuits and bananas. Apart from that, she says nothing. She only giggles hardly audibly in a little ashamed way. Fernando, my driver, translates the few words. My mere presence makes him proud. A journalist from Germany, he says proudly. Yes, she does not look typically German; her father is from Indonesia, he explains, as if I was not present. Then, he waves with a letter that I will never be shown during the entire trip. It must be something official, with important stamps and my name. I take another picture of her with her husband, whose golden elephant ring I find very impressive. It is from Indonesia too, he says, and points to the jewellery. I see, I say somewhat clumsily. On our departure, he says that their dog is a German Shepard from Germany. Well, I say. 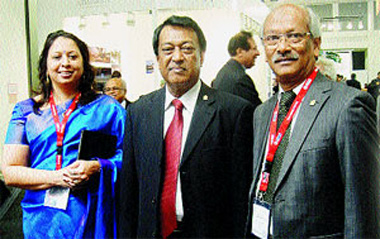 Sri Lanka's Ambassador to Germany Sarrath Upali Kongahage said that leading journals such as Lonely Planet, National Geographic and a number of other international travel magazines had extended massive coverage to Sri Lanka as a top destination in Asia, but we need to capitalise on those kudos and ensure wider publicity with such articles abroad for the country's tourism product.