Be the ultimate Digital Nomad from Germany that Sri Lanka is looking for.

You can find the Statement by His Excellency Gotabaya Rajapaksa, President of the Democratic Socialist Republic of Sri Lanka at the UN Food Systems Summit - 23 September 2021 under 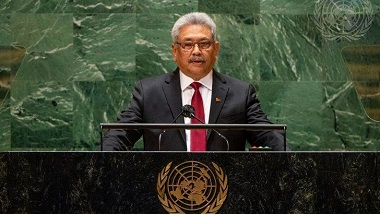 I am honoured to represent Sri Lanka at this august gathering today. Let me first congratulate His Excellency Abdulla Shahid on being elected President of the 76th session of the General Assembly. 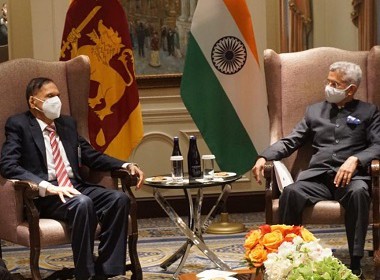 Foreign Minister Prof. Peiris briefed the Indian Foreign Minister on the situation with regard to the Covid-19 p andemic and the successful measures being implemented by the Government of Sri Lanka to control the spread of the virus. Minister Peiris further briefed the Foreign Minister about the pragmatic and tangible action taken by the government to resolve residual matters after the end of the conflict in May 2009, citing the fact that the Foreign Ministry, Defence Ministry and Justice Ministry were working collaboratively to address key issues, such as revisiting the Prevention of Terrorism Act, releasing of LTTE prisoners, and empowering independent institutions such as the Office of Missing Persons, Office for Reparations, Office of National Unity and Reconciliation, the Human Rights Commission of Sri Lanka and the SDG Council. Minister Peiris indicated that substantial progress had been made on many fronts and that efforts were continuing. 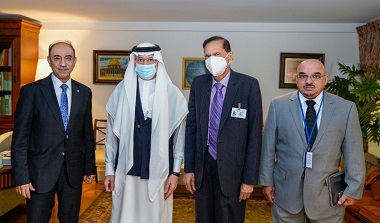 Foreign Minister Prof. G.L. Peiris and the Secretary-General of the Organization of Islamic Cooperation (OIC) Yousef Al-Othaimeen reiterated the positive outcomes of integration among communities with the preservation of identity during a meeting on the eve of the high-level segment of the 76th Session of the United Nations General Assembly, in New York.