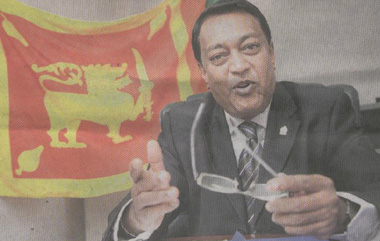 A Conversation with the Ambassador of Sri Lanka, Upali Sarrath Kongahage

The island in the Indian Ocean that is about 54 kilometres to the east off the southern tip of India has already had many names. The original inhabitants called it Lamka. Later, it was referred to as Tambapanni, Taprobane and Singhala. Under Portuguese rule it was called Ceilao and finally Ceylon by the Dutch and British colonial masters. When the island, which is with its 65,610 km2 a little bit smaller than Bavaria, regained its independence from the United Kingdom in 1948 the name was not changed. "Never change a winning horse," said the government in the capital Colombo, "wait and see—we have more important things to do." 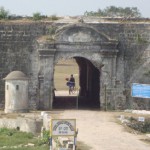 The Jaffna Fort restoration work is continuing speedily, and once completed, will add to the country's unique cultural treasures and heritage sites. The restoration work is funded by the Dutch government. National Heritage and Archaeological Director General Senerath Dissanayake said around 60 percent of the restoration work has been completed. "Individuals visiting the Fort can see the full structure of the Fort very clearly. However the Dutch Church destroyed following terrorist activities is in a dilapidated state. A decision has to be taken to restore all historical sites damaged by the war," he said. 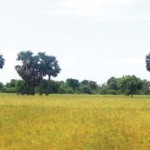 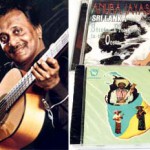 Music fans will remember him as part of the La Ceylonians singing those lilting calypso tunes with his trademark straw hat and guitar. Many years have passed since those memorable tunes and times but Anura Pathmasiri Jayasingha's musical journey continued, taking him across the world carrying his brand of music to people. 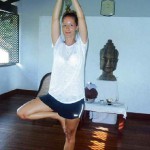 Ayurveda A growing number of young people are travelling to distant lands to recharge their empty batteries. Like Helen H., who went to Sri Lanka. By Freddy Schissler, Augsburger Allgemeine Zeitung, 11.09.2012