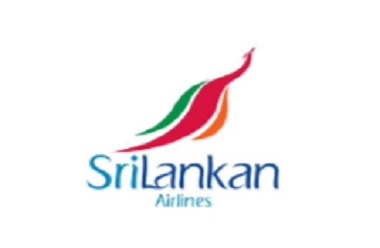 April 26 2020, Colombo : SriLankan Airlines wishes to clarify details of social media posts that are currently circulating, implying that the airline has charged an excessive sum of money from passengers who were on a specially operated flight to repatriate stranded Sri Lankan students from India to Sri Lanka.

SriLankan Airlines wishes to state that the above–mentioned flight was specifically operated as a special flight, based on the request made by the studentsand their parents to the Government of Sri Lanka.

Accordingly the Government of Sri Lanka together with other government departments, Airport and Aviation Services Ltd., armed forces, government medical agencies and the Foreign Ministry of Sri Lanka arranged for and enabled the repatriation flight with SriLankan Airlines by obtaining necessary international governmental approvals as airports and airline operations have closed in most countries.

The above flight was a ferry flight out of Sri Lanka and departed India with an overall cabin factor of 50% or less. When operating to destinations that the airline does not currently fly to as in the case of Kathmandu, and Amritsar the operating cost such as landing / parking / ground handling etc are incurred at prevailing rates in the absence of service contracts with suppliers. As such these costs are relatively higher.

These main operating costs are beyond the control of the airline and are incurred despite lower cabin factors. Further taking into consideration that most airports have shut down SriLankan Airlines had to carry fuel from Colombo for the return journey, catering services and organize standby ground services for any unforeseen emergency.

The special repatriation flight was also operated under special COVID-19 airline operational procedures, thus being subjected to a further increase in expenses that included the use of Personal Protective Equipment for staff, deep cleaning, fogging and de - misting procedures to disinf ect aircraft etc. When the total cost is divided among lesser number of passengers, the per -passenger cost is substantially higher.

At a time, when the global airline industry is at a shutdown, SriLankan Airlines rose to the occasion where staff of the airline including operating pilots, cabin crew, ground handling staff, planners and many others behind the scenes were risking the safety of their lives and families to operate a humanitarian flight that did not have a commercial objective.

It is in this respect the airline had to quote fares that were purely based on costs for the special repatriation flight unlike general market fares that are based on market dynamics.