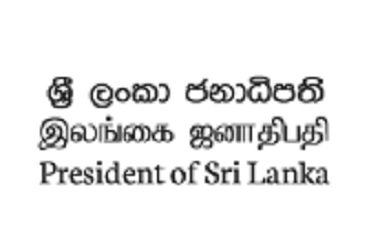 It has been the practice of the Buddhists in our country, since ancient times to remember, with utmost devotion, the arrival of Arahat Mahinda Thero in the lsland carrying the message of the Buddha, by observance of religious rituals. Such devoted remembrance is due to the fact that the arrival of Arahat Mahinda resulted in a significant transformation of religious, cultural, social and political civilization of Sri Lanka.

The first meeting between the Arahat and King Devanampiyatissa, that took place over two thousand years ago, is the most significant encounter in Sri Lankan history. With the advent of Arahat Mahinda, our social values, economy, literature and arts and crafts took a new turn. Henceforth, the Buddhists of Sri Lanka were inspired to build sky-scraping stupas, ocean like gigantic lakes, an agrarian culture that secured the granary of the nation and produce incredible artistic creations that amazed the world. Even more important, this socio-religious revolution gave birth to a society that accepts gain and loss, fame and defame, praise and blame and happiness and pain with equanimity; treats all living beings from plants to creatures big and small with utmost fairness; living a life of purity sans lust or unwarranted attachments and Iive in accordance with the eight-fold noble path.

The Dharma and the knowledge base passed on by Arahat Mairinda Thera guided us to rise as a proud and dignified nation. The teachings of the Gauthama Buddha trained us to be mindful of this world and the afterworld and thus be virtuous and civilized. The Poson Poya is etched in our hearts as the most significant day, because that was the day we received the Buddha Dhamma, the greatest ever gift we qot as a nation.

Strengthened by our past experiences and inspired by Dhamma, we strive for prosperity. It is my belief that justice for all prevails in a spiritually virtruous, disciplined and prosperous society. I must mention here that my Government plans for not only the present, but also for the future based on that solid foundation. Even whilst facing the prevailing pandemic, we did not deviate from our vision that is built on that civilized culture we inherited. A journey without this reality is not possible for us as Sri Lankans.

The greatest tribute we can pay to Arahat Mahinda would be to celebrate this season of Posun by viewing the life in a pragmatic manner in accordance with the Dhamma and depicting to the world the pristine glory of the teachings of the Buddha, based on compassion and nonviolence.

Find the complete message in English, Sinhala and Tamil.