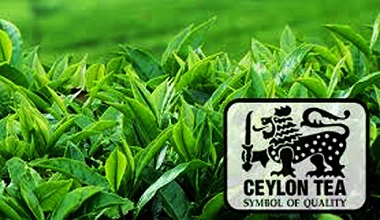 International Tea Day is a United Nations observance celebrated annually on May 21 to express the economical, biological and physical benefits of tea. It was inaugurated by the General Assembly and essentially replaced the unofficial observance of the same name, which used to be celebrated on December 15 in tea producing countries.

The observance of International Tea Day is promoted and facilitated by the UN Food and Agriculture Organization in collaboration with other relevant organizations and stakeholders. Millions of families in developing and least developed countries owe their livelihood and subsistence to tea. Some of the poorest countries rely on the tea industry as a main source of income and export revenues; due to being a labor-intensive sector, it is the most important provider of jobs for people living in economically disadvantaged and remote areas of the tea producing regions. As one of the major perennial crops, tea plays a significant role in rural development, poverty reduction and food security in developing countries.

Due to all this, the production and processing of tea contributes to the achievement of the sustainable development goals, such as the eradication of extreme poverty, the fight against hunger, the empowerment of women, and the sustainable use of terrestrial ecosystems. Taking this into account, the UN General Assembly
designated May 21 as International Tea Day based on the proposal submitted by the FAO-IGG Tea group .

The key goal of International Tea Day is to raise public awareness of the importance of tea for sustainable livelihoods and rural development, as well as the challenges that the tea industry has to face, such as climate change. The observance also aims to popularize tea drinking around the world in order to expand demand and increase per capita consumption.

The first International Tea Day was celebrated last year. In this year, the global tea fraternity is going to celebrate the second occasion of International Tea Day proclaiming the theme for this day as “Tea and Fair Trade”. The basic purpose of this theme is to glorify the economical facts of tea, especially the areas where it is grown, are poverty trodden and its fair trade cannot only enhance their resources and access to the international market but can also be helpful in the eradication of poverty.

Due to the Corona Virus pandemic attacking the entire world, the event will be celebrated through Social and Digital Media creating a token ceremonial platform in some of tea producing and consuming countries compliance with health authorities’ guidelines. The Sri Lanka tea fraternity salutes the brave and courageous workforce in the tea industry who is continuing to produce the golden brew to the satisfaction of tea connoisseurs globally despite the COVID 19 pandemic by following stringent health precautionary measures such as retaining the required social distancing, sanitation precautions and protection by the wearing of face masks and hand gloves.

In such a background, the Sri Lankan tea industry wishes to recognize few vital characters and crucial segmentation to pay tribute for the invaluable service and enormous sacrifices made to raise the popularity and perceived quality parameters to stardom:

# The sweat of the toiling workers is our Green Gold which ultimately serves the connoisseur to his or her satisfaction. Accordingly, the tea smallholder sector is a significant contributor to the production and output of Ceylon Tea in Sri Lanka, and across the globe. We are often called the ‘backbone’ of our tea industry and with good reason. Tea smallholders operate in 60% of the total tea land and account for more than 70% of the total tea produced.
# The tea stains on the fingers of the pluckers tell an unknown story which is unlimited in value. This day is a tribute to these angels.
# A great story on uplifting women's empowerment from birth to death
# Reliability, Consistency and Sustainability is the forte of the Sri Lanka Tea Industry now boasting of a 153 years heritage. These unique pillars have been the success factors of the island nation's economy for many years.

In the midst of the COVID 19 pandemic, with the unwearied and invaluable contribution of the parties involved in the tea value chain, Sri Lanka Tea industry was able to carry out the following activities in 2020 for the betterment of the industry.

According to Mr. Jayampathy Molligoda, Chairman, Sri Lanka Tea Board, the Sri Lanka tea industry witnessed a recovery amidst the COVID pandemic, with a substantial increase in production and the export volume during the first quarter of 2021 compared to the corresponding period as well as the year 2020 compared to 2019.

Turkey retained the top position, as the major importer of Ceylon Tea, followed by Iraq and Russia with China occupying the fourth position. Iran, which has moved down to ninth position from the fourth position it occupied in 2020, records a fairly substantial decrease in imports during the first quarter of the year, and recovery is expected during the current year. Other noteworthy importers include the UAE, Azerbaijan, Libya and Syria. Meanwhile, destinations such as Saudi Arabia, Chile and the USA have recorded decreases in imports during the period under review. It is noteworthy that exports to China have increased substantially (160%) Y-o-Y.

In view of the foregoing, it is important to pay tribute to the stakeholders’ of the tea industry which is a vital sector for the progress of its economy. The involved people need to be recognized. The supply chain players in the value addition cycle from the farmers to pluckers and right up to the brand marketers given due recognition. So, this is a fascinating story where all the stakeholders in the tea industry could bravely “walk the talk”.