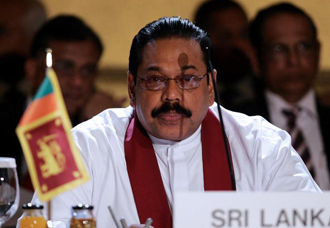 A U.S. federal judge has dismissed a lawsuit filed against Sri Lankan President Mahinda Rajapaksa noting that President Rajapaksa is immune from lawsuits as a sitting Head of State.The court noted that head of state immunity is a well-established legal principal in the United States. The U.S. State Department had entered a motion asking that the case be dismissed because of the immunity precedent.

The case was brought by Bruce Fein, an attorney who has been accused of working closely with the pro-LTTE diaspora in the United States.

In her ruling, U.S. District Judge Colleen Kollar-Kotelly wrote: “Two centuries of case law and basic constitutional and statutory principles prevent this Court from allowing Plaintiffs’ Complaint to move forward at this time.”

The Government of Sri Lanka has vehemently denied violating human rights laws during the lengthy conflict against terrorism.

In May 2010 the president appointed an independent, eight-member commission to examine the conflict. Recently that commission issued a final report that found that Sri Lanka did not deliberately target civilians during the fighting. It also issued recommendations, including a call to hold those accountable who might have committed wrongdoing during the fighting.

The government of Sri Lanka is currently in the process of implementing the commission’s recommendations.