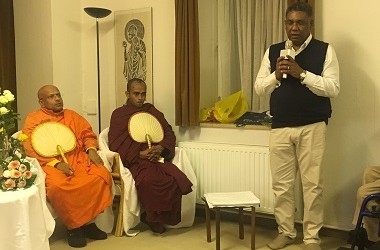 A religious ceremony in remembrance of late Dr. Karunatilaka Amunugama (Former Secretary of Foreign Affairs and Ambassador of Sri Lanks to Germany) was held on Sunday 17 December 2017 at the Buddhistische Gesellschaft in Berlin, with the participation of Maha Sangha and the Sri Lankan Community in Berlin. 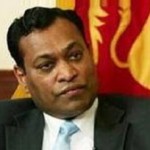 The remains of former Ambassador Karunatilaka Amunugama lie at the “Respect Home” of Jayarathna’s, Bauddhaloka Mawatha, Colombo 08, Sri Lanka. The cremation will be at 2.30 p.m. on Friday, 15th December 2017 at Borella Kanatta, Sri Lanka.

The Embassy of Sri Lanka in Berlin has published its newsletter for the month of November 2017, which can be downloaded under this link. 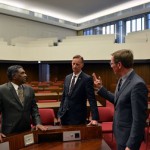 Ambassador Karunasena Hettiarachchi paid an official visit to Bremen from 13-15 November 2017. Following a ceremonial welcome, discussions were conducted with Bremen Mayor Carsten Sieling on political and economic developments in Sri Lanka since 2015. Ideas about future cooperation opportunities were exchanged during the meeting. 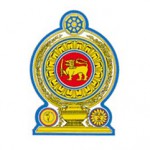 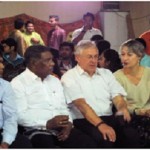 Representing the tradition of multiculturalism in Sri Lanka, Ambassador Karunasena Hettiarachchiand and the staff of the Sri Lanka Embassy together with the Hindu devotees in Berlin participated at the Deepavali Celebrations at Sri Mayurapathy Murugan Kovil and Sri Ganesha Hindu Temple, Berlin on 18th and 20th October 2017, respectively. 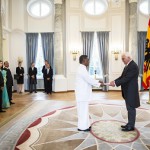 The newly appointed Sri Lanka Envoy for Germany, Eng. Karunasena Hettiarachchi presented credentials to His Excellency Frank-Walter Steinmeier, President of the Federal Republic of Germany, at the Honour Court of Bellevue Castle on 20th September 2017.