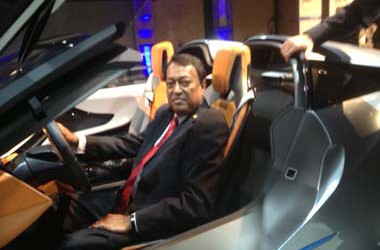 H.E. the Ambassador Sarrath Kongahage was present at the launch of a new brand electric car of BMW I3 in Berlin. The new brand I3 will be BMW's zero emission car and is expected to go into mass production in 2013. BMW announced that the electric car will have "REX" range extender option. The car manufacturer would also develop a lightweight eco-friendly urban electric car designed to address the mobility and sustainability need for people living in mega-cities. 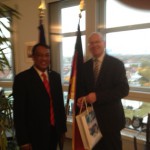 During the meeting, the Ambassador stated that Sri Lanka enjoys its third year of peace and stability after the defeat of terrorism, and significant progress has been accomplished with regard to the rehabilitation, reconciliation and the resettlement programme in the North and East Provinces. 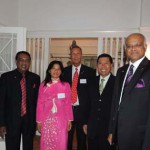 A two-parts programme had been organized for the approximately 50 guests of the "Ambassador's Reception", for which the Diplomatic Council had invited on 18th August. Host was the Ambassador of Sri Lanka, H.E. Upali Sarrath Kongahage, the President of the Council. In the afternoon, the participating businessmen and Excellencies were informed about the political situation and economic development in Sri Lanka in the representation of the Asia state. In the evening, the guests met for a gala reception in the residency of the Sri Lankan Ambassador. In front of all guests, H.E. Upali Sarrath Kongahage was named Honorary Member of the Elephant's Club e.V. 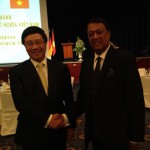 Foreign Minister of Vietnam Hon. Pham Binh Minh was the Chief Guest of the National Day Celebration of Vietnam held on the 20th September 2012 at the Maritim Hotel, Berlin, which was attended by many diplomats and guests, initiated by Her Excellency the Ambassador of Vietnam to Germany, Dr. Nguyen Thi Hoang Anh. 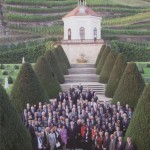 On 3rd September 2012, the Diplomatic Corps of Ambassadors and heads of Missions accredited in the Federal Republic of Germany traveled to the Free State of Saxonia on invitation of the German Federal President, H.E. Mr. Joachim Gauck. The diplomats were welcomed by the Federal President at the airport in Berlin and then traveled to Saxonia, where they visited the EADS aircraft factory in Dresden. Later they took a guided tour through the city of Dresden including the re-constructed Women's Church. In the afternoon, the diplomats took a cruise ship on the Elbe River to Meissen and visited the Saxonian State Vinery at Schloss Wackerbarth. This is the first interaction the newly elected President of the Federal Republic of Germany, H.E. Mr. Joachim Gauck, had with the Diplomatic Corps accredited in Germany. 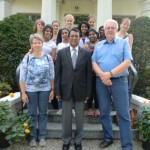 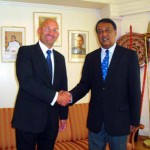 The Secretary General of the Intergovernmental Organization EDU, H.E. Irving Levance, was received today by H.E. Upali Sarrath Kongahage, the President of the Diplomatic Council, who is currently serving as an Ambassador Extraordinary and Plenipotentiary of the Democratic Socialist Republic of Sri Lanka to Germany.