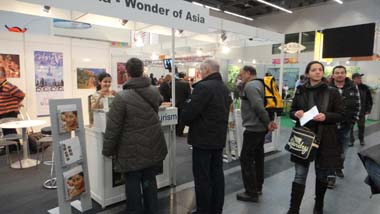 The Embassy of Sri Lanka in Germany organized Sri Lanka's participation at the CMT Consumer Fair from 12th to 20th January 2013 in Stuttgart, Germany. 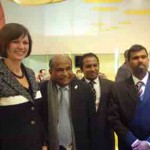 On the invitation of the Federal Ministry of Food, Agriculture and Consumer Protection of the Federal Republic of Germany, Hon. Mahinda Yapa Abeywardena participated at the 05th Berlin Summit of Agriculture Ministers from 17th to 21st January 2013 in Berlin. For the third time Sri Lanka was represented at this annual event, which was attended by 80 Ministers of Agriculture from all around the world and this time focussing on the topic of responsible investment in agriculture. In his speech held in the Weltsaal at the Federal Foreign Office, the Minister thanked Ilse Aigner, Federal Minister of Food, Agriculture and Consumer Protection, for the invitation extended to him to represent Sri Lanka at this summit. 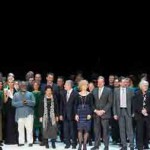 On the invitation of Welthungerhilfe, a non-denominational and politically independent, non-profit-making and non-governmental aid agency working in the field of development cooperation and emergency relief aid founded in 1962 by then German Federal President Heinrich Lübke, the Chairman of the Sewalanka Foundation of Sri Lanka, Mr. Harsha Navaratne participated at the 50th anniversary of the organization. The event was held under the patronage of president of Germany His Excellency Joachim Gauck. The Federal Foreign Minister of Germany and other dignitaries were also present at the event. 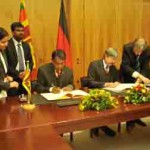 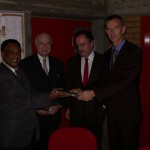 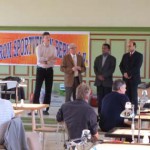 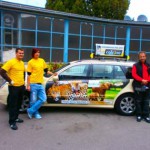 During the October festival in Munich, a taxi campaign was launched by the Embassy of Sri Lanka in Berlin in collaboration with Sri Lanka Tourism Promotion Bureau in Colombo. Purpose of this project was to promote Sri Lanka as a destination for Tourism with unique aspects. The campaign was implemented by the local advertising agency 2 Men Group. October festival is being held annually in Munich, which is visited by millions of people not only from various parts of Germany but from many other neighbouring countries as well. This time it was held from 22nd September to 07th October. Estimation of the visitors of 2012 is 6,9 million.