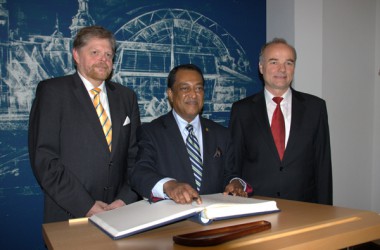 Ambassador Upali Sarrath Kongahage visited Leipzig on the occasion of the 60th anniversary of the establishment of diplomatic relations of his country with Germany. 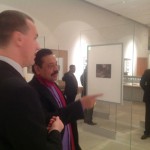 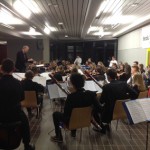 On invitation of the Federal President, Mr. Joachim Gauck, the Diplomatic Corps accredited in the Federal Republic of Germany visited the Southern Baden region in the Southwest of Germany. As a member of the delegation of Ambassadors, the Sri Lankan Ambassador Sarrath Kongahage participated in the visit. 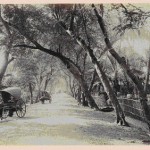 To celebrate the 60th Anniversary of commencement of diplomatic relations between Sri Lanka and Germany, the Embassy of Sri Lanka in Germany has organised two major events in Berlin.

On the initiative of H.E the Ambassador for Sri Lanka Sarath Kongahage, a historic photographic exhibition named Landscapes of Sri Lanka has been organised by the Embassy in collaboration with the Museum of Asian Art, Dahlem, Berlin. The Exhibition is to be shown from 26th September 2013 and will continue for four months. Subsequently it will be shown in the National Museum in Colombo. The exhibition will expose the long relations between Germany and Sri Lanka beyond the 60 years of diplomatic relations. A bilingual catalogue in English and German containing essays by distinguished scholars and all the photographs to be exhibited will be published. 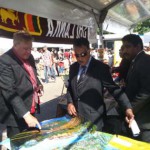 On 25th August 2013, the Federal Ministry of Economic Cooperation and Development (BMZ) of Germany opened its doors to the German public for an ''Open Day'' under the slogan of '' Developers of the Future'' in order to provide an opportunity to the German public to obtain comprehensive information in both the bilateral relations of Germany with the partner countries and the cultural specifics, typical characteristics and economical and tourism aspects of the partner countries. 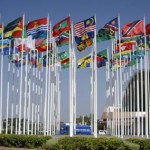 The Embassy of Sri Lanka in Berlin and the Consulate General in Frankfurt have organized a preparatory summit for the CHOGEM Business Forum from 05th to 11th September 2013 in Frankfurt. Fifty leading companies with global recognition will be participating in the summit. Hon. Neomal Perera, Deputy Minister of External Affairs, and Mr. Ajith Nivard Cabraal, Governor of the Central Bank, will be attending the Summit. 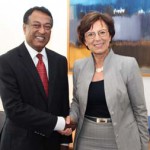 On the invitation of Mr. Hans Hammer, Honorary Consul of Sri Lanka to the Free State of Bavaria, Sri Lankan Ambassador H.E. Sarath Kongahage to Germany visited Munich. The focus of the visit was the promotion of investment and tourism in Sri Lanka.