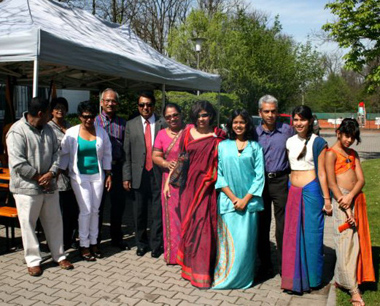 H E the Amabssdor Sarrath Kongahage was chief gust of honour at the Sinhala and Tamil New Year celebrations in Zeppelinheim, Neu Isenburg near Frankfurt on 28th of April 2012. The function was organised by the Sri Lankan community in Frankfurt with the support of sponsor organizations and the Consulate General of Sri Lanka in Frankfurt. The about 200 participants enjoyed a day full of Sri Lankan flair. 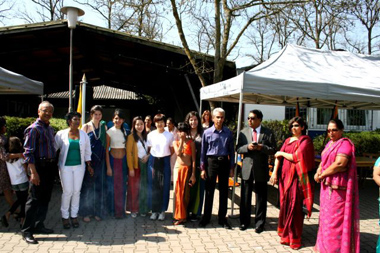 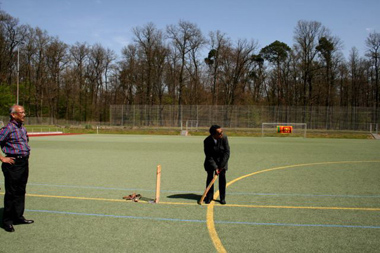 The function started with opening ceremony by customary boiling of milk by Ambassador Kongahage. The Consul General, Mr. Pradip Jayewardene and Mrs.Jayewardene, the Honorary Consul for Rheinland Pfalz, Mr. Nihal Samarasinghe and representatives from the Sri Lankan community also participated at the auspicious event. Addressing the audience with few words, Ambassador Sarrath Kongahage highlighted the importance of celebrating events like Sinhala and Tamil New Year by both the Sinhala and Tamil communities together in the post conflict era in Sri Lanka. He also extended New Year good wishes of H E the President to the organisers and to the community.

The event was highlighted with traditional New Year games such as the lime and spoon race, bun eating, tug of war sack race and keeping the eye on the elephant, breaking the pot blindfolded and New Year princess that attracted numbers of participants. Much excitement and joy was added to the festival by cricket matches between communities from Frankfurt and Bonn

Sri Lankan Airlines awarded an air ticket to Sri Lanka as the grand Tombola prize and every child at the New Year festival received valuable gifts at the end of the event: