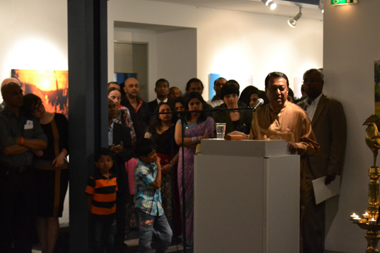 Ambassador Sarrath Kongahage has opened the photography exhibition, 'Sri Lanka Nature in Focus' by Mr. Atuila Dissanayake one of the renowned artists from Sri Lanka, at the Werkstatt der Kulturen - Neukölln in Berlin on 19th May 2012. The exhibition was organised by the Sri Lanka Association in Berlin with the support of the Embassy of Sri Lanka in Berlin on the sidelines of the 'Sri Lankan Cultural Week 2012' from 19th to 27th May 2012 parallel to the Carnival of Cultures in Berlin.

The event was attended by distinguished invitees including H E the Ambassador for Cambodia, the Deputy Chief of Mission of the Embassy of Thailand, the Head of South Asia Section of the German Federal Foreign Office and a few diplomats based in Berlin. The exhibition was open for the public until 27th May 2012 in the foyer of the Werkstatt der Kulturen. 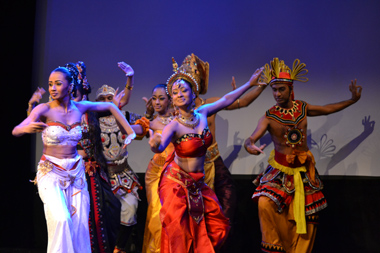 The opening ceremony was followed by a fascinating Sri Lankan cultural show starring the renowned Channa-Upuli Dance Group. Another highpoint of the event was the dance theatre "Unity in Diversity" performed by dancers of the Berlin Sri Tanzgruppe consisting of children and youths from the Sri Lankan community in Berlin.