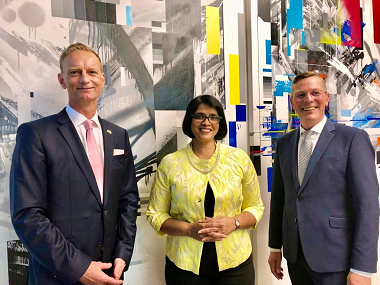 During her visit to Bremen, HE the Ambassador met with Mr. Frank Imhoff, President of the Bremen Parliament and discussed the importance of furthering relations between Sri Lanka and Bremen and agreed to work closely in exploring the avenues for strengthening cooperation. 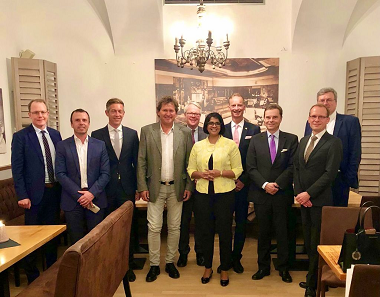 HE Ambassador Manori Unambuwe also met Mr.Eduard Dubbers-Albrecht,Vice- President and Mr.Volkmar Herr, Managing Director of the Department of International Affairs of the Chamber of Commerce in Bremen.The meeting provided an opportunity to discuss on diversifying the economic relations between Sri Lanka and Bremen. The Meeting was followed by another meeting with key business leaders in Bremen in various sectors. A few of them are already engaged in business activities in Sri Lanka. 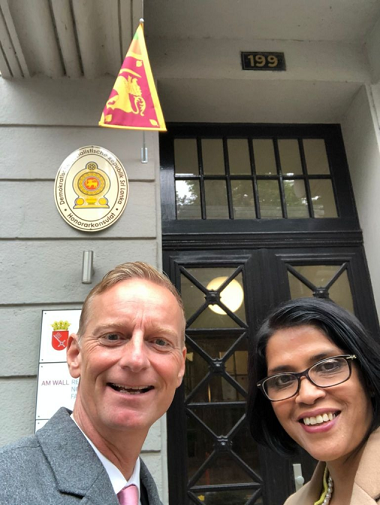 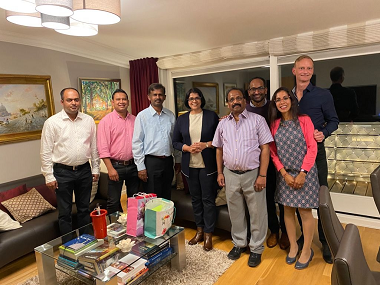