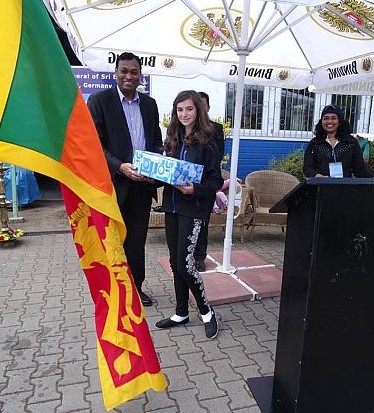 The Festival started with hoisting the National Flag and playing of National Anthem followed by lighting of traditional Oil Lamp and boiling of Milk Pot. Serving among themselves the traditional milk rice known as kiribath, sweets and many other traditional Sri Lankan foods all the guests enjoyed Avurudu Mesaya. The event held in Frankfurt city attracted a large number of Sri Lankans of all communities and Germans. They had the chance of participating in traditional games and activities related to the Sinhala and Tamil New year festival. A highlight of the event was the Tombola held in the evening giving away fabulous prizes for the winners.