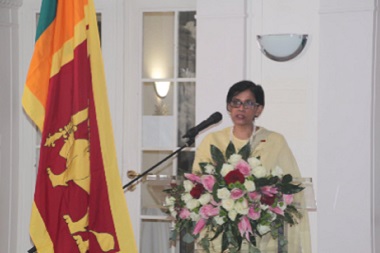 Embassy   of   Sri   Lanka   in   Berlin   celebrated   the   73rd   anniversary   of   the Independence of Sri Lanka on 4 February 2021 at the Embassy premises with the participation of Honorary Consuls of Sri Lanka in Germany, representatives of the Sri Lankan associations and the staff of the Embassy. In view of the prevailing pandemic related restrictions, the programme was streamed live via Facebook, enabling the Diplomatic corps in Germany, Sri Lankan community and friends of Sri Lanka across Germany to join the Independence Day celebrations. 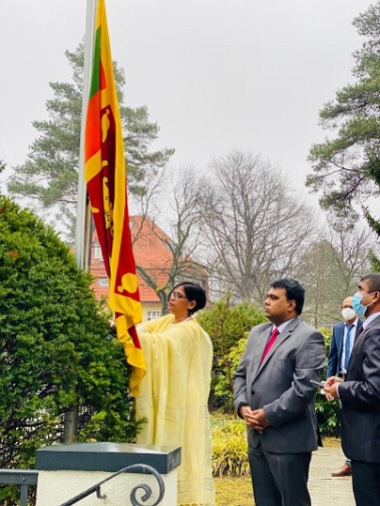 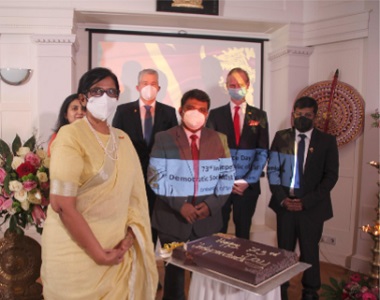 The ceremony commenced with hoisting of the National flag by Ambassador Manori Unambuwe, followed by the National Anthem. Following the lighting of the traditional oil lamp, a two-minutes silence was observed in honour of war heroes and national heroes who sacrificed their lives for the independence and freedom of the motherland. With a view to invoking blessings upon Sri Lanka and its people, multi-faith religious observances were conducted by Buddhist, Hindu, Islamic and Christian clergy.

The Independence Day Messages of H.E. the President Gotabaya Rajapaksa, Hon. Prime   Minister   Mahinda   Rajapaksa   and   Hon.   Foreign   Minister   Dinesh Gunawardena were also read. Addressing the gathering, Ambassador Unambuwe stated that Sri Lanka has intensively focused on containing the threat caused by the Covid-19 pandemic and   strives   to   adapt   to   the   new   normal, whilst   focusing   on   economic development.

The Ambassador   in   her   remarks   emphasized   the   vision   of   President   Gotabaya Rajapaksa for Sri Lanka, as outlined in the national policy document “Vistas of Prosperity and Splendour” and detailed the Sri Lanka government’s priorities at present. Further, the Ambassador underlined that, although terrorism has been defeated in Sri Lanka, as of today, malicious and baseless campaigns are underway on foreign soil, to destabilize the nation, especially under the patronage of pro-LTTE groups. Further she highlighted that Sri Lanka remains committed to achieving reconciliation and sustainable peace, with several internal mechanisms in place to achieve this goal. Ambassador called upon all democratic and peace loving countries to support Sri Lanka in its path towards reconciliation and peace.

The event was concluded with a traditional Sri Lankan meal served strictly in compliance with the health guidelines.