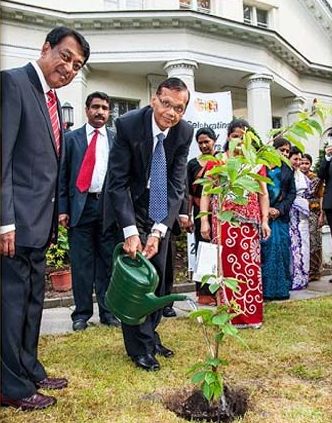 In his opening remarks at the reception H.E. the Ambassador said, the visit of the Hon. Minister was of great importance as this year was an important milestone in the relations between Sri Lanka and Germany. The Ambassador further said that the Germans had known about Sri Lanka for a long time, and many Germans had visited Sri Lanka in the course of centuries. One of the most remarkable visitors was Prince Waldemar of Prussia from the Hohenzollern family.

The prince visited Sri Lanka in the1840s. He was enthralled by the beauty of Sri Lanka and sketched the exotic beauty of Sri Lanka. His images of Sri Lanka are still available at the Dahlem Museum in Berlin. A photo exhibition including the sketches of Prince Waldemar and other photographs taken by renowned photographers will be exhibited in Germany and Sri Lanka this year as part of the 60th anniversary celebrations.

In his speech,  Professor G.L. Peiris stated that although the official relationship between two countries started 60 years ago, the people-to-people friendship goes beyond these years. The chronicle Mahavamsa, which was originally written in Pali language, was translated into both English and German languages by German professor Wilhelm Geiger. Former Federal Chancellor Mr. Helmut Kohl was a great friend of Sri Lanka and had been a regular visitor to Sri Lanka since he retired from high office, the Minister added. The Helmut Kohl Foundation  supported many projects including the development of the Karapitiya hospital in Galle. Anne Ranasinghe, the German /Jewish poetess who had made Sri Lanka her home had made an immense contribution to the development of Sri Lankan literature.

The Minister concluded that Germans were invited to Sri Lanka for investment, trade and tourism, since the situation of Sri Lanka today was very much conducive after the end of the conflict. The Hon. Minister further stated that the 60th anniversary celebrations at both ends would further consolidate the relationship.

During the official visit to Germany, Prof. G.L. Peiris, Hon. Minister of External Affairs also planted a tree at the premises of the Embassy to mark the 60th anniversary of establishment of diplomatic relation between Sri Lanka and Germany. 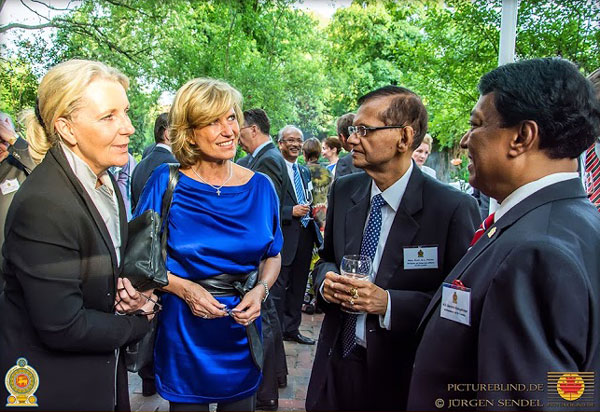 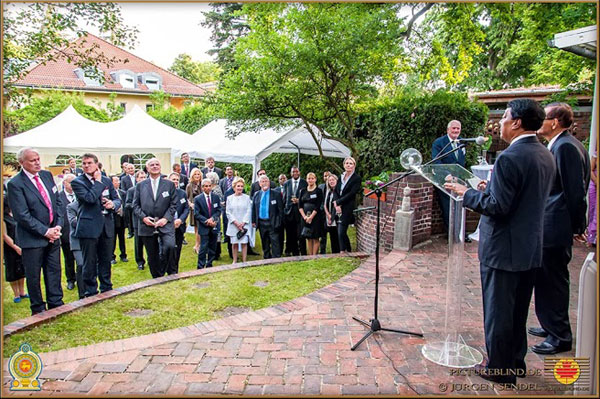 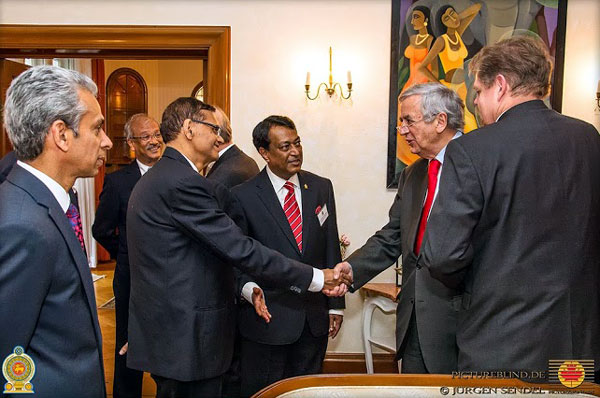 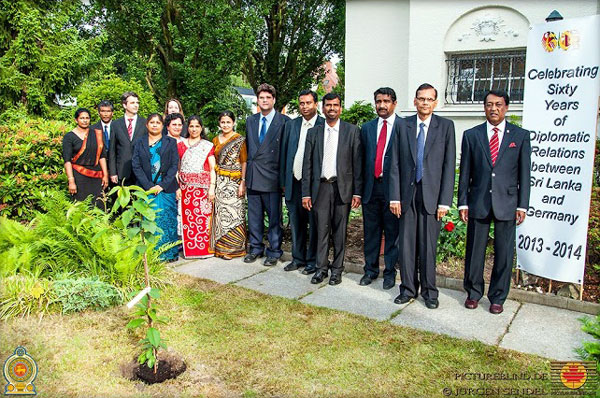 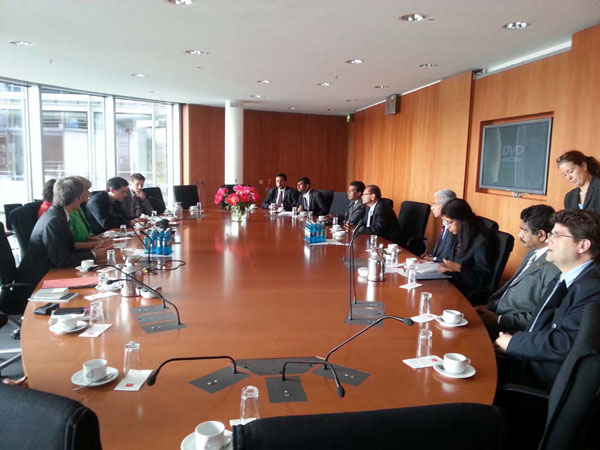 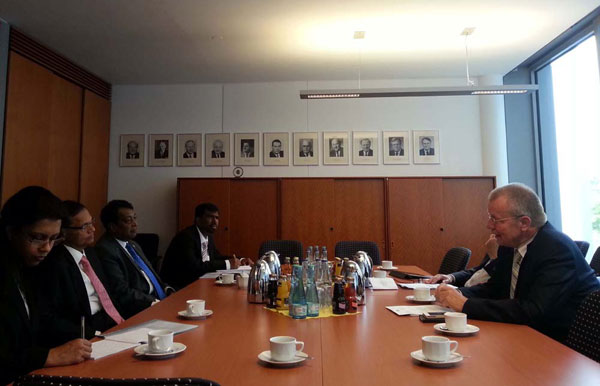 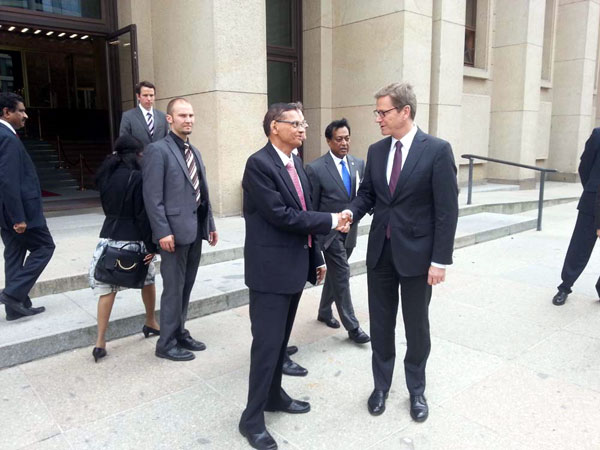