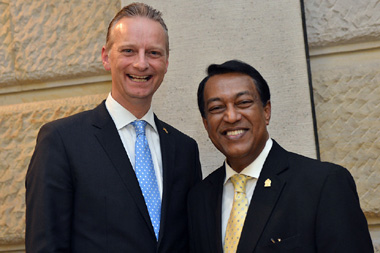 The Hon. Consul of Sri Lanka for Bremen Mr. Thomas Kriwat and H.E. the Ambassador of Sri Lanka to Germany organized an event to celebrate the 60th anniversary of diplomatic Relations between Sri Lanka and Germany at the Kunsthalle Bremen, a renowned art museum in Bremen. A large number of Germans, Sri Lankan expatriates, Bremen Business community, students, the staff of the Jakobs University and the Embassy staff participated in the event.

In his inauguration speech, Honorary Consul for Sri Lanka Mr. Kriwat mentioned that  diplomatic relations between Sri Lanka and Germany officially started in 1953  but 1876 was the real beginning, as the first Consul General of the German Empire, Mr. Philipp Freudenberg from Bremen, assumed office in Colombo.

Mr. Freudenberg had been active in importing coffee trees to Sri Lanka to plant it there, Mr. Kriwat said. Only after coffee was destroyed by a plague, he said, tea could be established as export item. Bremen traders were also involved in this business.  Mr. Kriwat said that Sri Lanka had great potential to offer to Germany.

Released from the clutches of the civil war, Sri Lanka made a remarkable development and offered much for tourism with beaches, nature and historical sites only comparable with Greece, the Hon. Consul added.

The Hon. Consul further said that there was also Buddhism combined with Ayurveda Medical treatment finding followers in Europe. However, the biggest asset of Sri Lanka was the people and their hospitality, he said.

Mrs. Sulakshi Fonseka, a well-known Kandian dancer and teacher based in Bremen performed Kandian dance at the event.

The State Councillor of Culture, Carmen Emigholz,stated that Sri Lanka and Germany share the similarity that both countries fought for the establishment of democracy.

In his speech, H.E. the Ambassador requested the largely gathered business community of Bremen, a commercial and industrial city with long-term connections with Sri Lanka, to make investments and engage in trade, as the situation is very conducive in Sri Lanka. 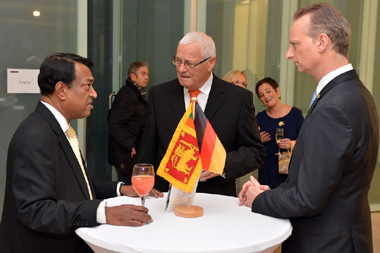 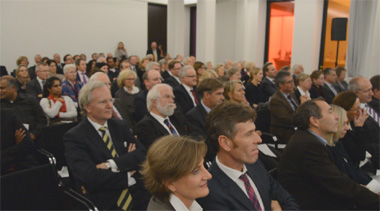 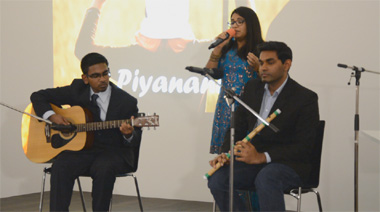 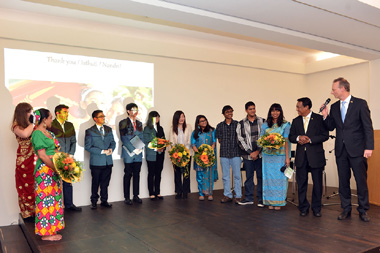