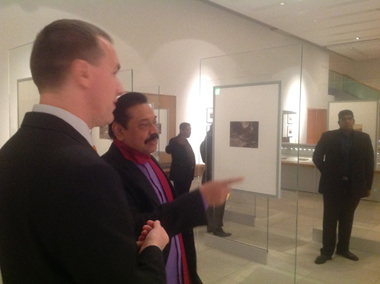 A large crowd of Germans and Sri Lanka expatriates visited the inauguration ceremony of the historical photographic exhibition "Landscapes of Sri Lanka". H.E. the Ambassador Mr. Sarrath Kongahage, Hon. Governor of Southern Province Mrs. Kumari Balasuriya and Secretary, Ministry of National Heritage Dr. Nanda Wickramasinghe, members of the diplomatic community accredited to Germany and the staff of the Embassy were present at the ceremony.

In his introductory speech at the opening of the exhibition, Mr. Raffael Gadebusch, Deputy Director of Museum of Asian Art, stated that one of the first Europeans to open a studio in Ceylon was of German origin. The establishment founded by Mr. A.W.A. Plate can still be found in Sri Lanka at 580, Galle Road, Colombo 03. Several photographs exhibited in Dahlem Museum are originally from Plâté Co.

At the time, when the photographs shown in the exhibition were taken, Ceylon was one of the earliest coveted destinations of Asian travelers in the nineteenth century. Prince Waldemar, a member of the Hohenzollern family in Prussia, Germany, was among the first aristocrats visiting Sri Lanka in the 1840s. One rare copy of his travel memoir containing his own lithography of Landscapes of Sri Lanka is also among the exhibited items in the Museum of Asian Art in Berlin. Landscapes were selected for the exhibition to give an impression of the beauty of Sri Lanka and thus to impulse the visitor of the exhibition to visit Sri Lanka.

A scholastic catalogue with bilingual texts containing all the exhibited photographs with articles by scholars was published. The Ambassador presented a catalogue to H.E. the President. 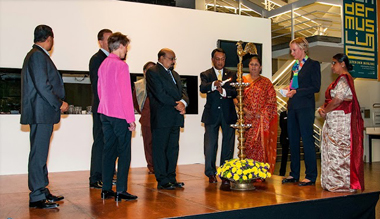 The Landscapes of Sri Lanka will be showcased to the public from 27th September 2013 to 05th January 2014. The exhibition will travel then to Sri Lanka with the patronage of the Ministry of Heritage of Sri Lanka and the German Embassy in Sri Lanka.

At the inauguration of Landscapes of Sri Lanka, the Embassy of Sri Lanka also distributed tourism promotion materials, which were well received by most of the Germans participating at the opening ceremony of the exhibition.

The Sri Lankan Delegation headed by Hon. Minister Dr. Jagath Balasuriya and the Ambassador Sarrath Kongahage held discussions with the museum authorities about further bilateral exchanges between museums of both countries.

On the request of the Embassy of Sri Lanka, Mr. Ian Karan, Former Senator for Economy for Hamburg, and Mr. Hiran Houx, Managing Director of CISMAT GmbH, sponsored this historical photographic Exhibition. The Sri Lankan expatriates enthusiastically contributed by purchasing the catalogue.

The Ambassador in his speech mentioned the commendable contribution of Mr. Raffael Gadebusch, Deputy Director of the State Museum of Asian Art in Berlin, to make this event a great success. 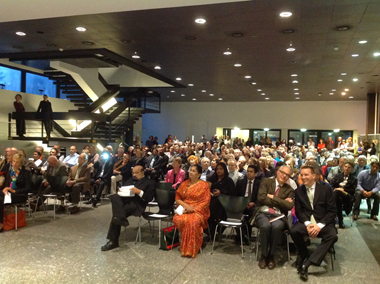 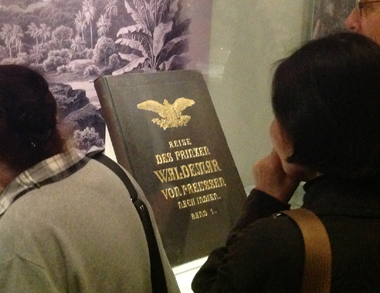 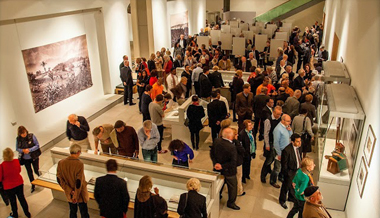