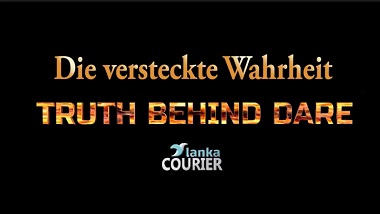 A 11 minutes documentary “TRUTH BEHIND DARE – Unearthing systematically suppressed plight of humanity ended in 2009” produced by the independent and non-profit media initiative Lanka Courier, on the atrocities committed by the LTTE, the world's most dangerous terrorist organization.

The documentary unveils the bitter truth of children and adults being forced for LTTE training and animals being used to test explosives and highlights the plight of the Tamil people who lived in the LTTE controlled areas.

The production of the video is timely evidence of the brutality of LTTE and the ground reality at a time when baseless allegations are being levelled against Sri Lanka by the pro-LTTE organizations and supporters. It highlights the reality behind the fabricated narrative.

You can find the video in ENGLISH, GERMAN, SINHALA and TAMIL