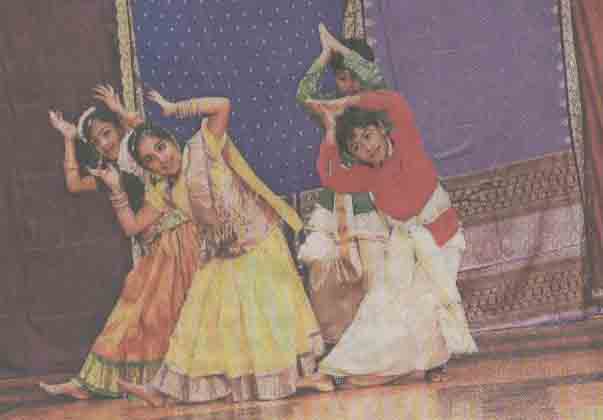 The city of Kaarst has a big Tamil community. Once a year, the members meet to celebrate the New Year Festival "Thai Pongal".

The "Thai Pongal" is the most important festival of the Tamils. New Year and Thanksgiving are celebrated at the same time. What almost nobody knows: In Kaarst, there is a rather big Tamil community, which has united in the beginning of the 1990s as local association of the "United Tamil's Association" (UTA). The Neuß-Grevenbroicher Zeitung has visited the New Year Festival this year.

Approximately 120 members belong to the Tamil community in Kaarst. Additionally, there are many children participating in the active association life. They are the main focus of the group. "Our children all have born here. They shall know and maintain our culture far away from home," says UTA-President Nadesu Biraisoody. The 52-years-old has for children, but only his oldest child was able to visit the motherland Sri Lanka up to now, the Kaarst citizen says. The trip was just to expensive, Biraisoody says.

The children are studying the language of their parents in private lessons organized by the association. Most of the Tamils came to Germany in the 1980s running away from the civil war in Sri Lanka. They had been living for several years in the provisional accommodation of the city of Kaarst, when they founded the "United Tamil's Association" on 29th February 1990. The Ökumenische Arbeitskreis Asyl motivated the refugees to do so.

From the beginning, Nadesu Biraisoody has been the chairman, and naturally it is a matter of honour for him to organize the celebration for "Thai Pongal" every year in the Forum of the Realschule Halestraße. This year, it was the 23rd time. Some of the women and young girls are wearing the traditional Sari for the celebration, and some boys had dressed up with suits. On the stage, the members offered traditional dance and music, and at the Buffet, there was spicy Vadai and filled rolls with potatoes and meat. In a big pot, there was no soup, but coffee – the most well-liked drink of the Tamils.

The culture of the Tamil population group can be traced back to the times before Christ. The own literary history is approximately 2000 years old. "Still today, our values are different from the Western culture," says Biraisoody. Most of all the family ties were much closer among the Tamils, as he could observe with the Germans.

Besides the maintenance of their own traditions, sports is a part of the association life. The Kaarst Tamils are playing Cricket, Football and Volleyball. In the annual summer festival, they organize athletics competitions, and additionally there are other games. The sports festival always takes place on the first weekend after the summer break. Thus, the next event is waiting already.

People – The oldest communities are living in Southern India and the North of Sri Lanka. Worldwide there are approximately 77 Million Tamils.

Movement – During the civil war on Sri Lanka between the Tamil separatists and the Military between 1983 and 2009, many Tamils left their home country.

Thai Pongal – Officially, the New Year Festival is on 14th January. On 2nd February, there was a celebration in Kaarst.