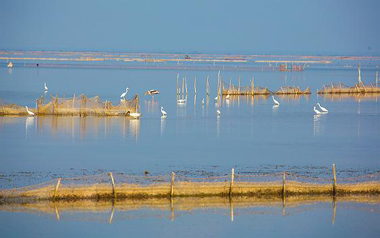 Picturesque beaches, baby elephants, Buddha's tooth and bare-breasted cloud girls: The island of Sri Lanka has something to offer for every type of holidaymaker. We are introducing the ten most spectacular destinations.

The war against the separatist rebels of the Tamil Tigers raging since 1983 and then the Tsunami in 2004 killing up to 40 000 people on the island paralyzed Sri Lanka in many ways. But since the end of the civil war five years ago and thanks to international reconstruction assistance, the small island in the Indian Ocean more and more develops towards a dream destination. In the past year, 1.27 Million people spent their vacation of the country formerly called Ceylon. For this year, 1.5 Million travellers are expected, among them 130 000 Germany (plus 50 percent).